Why are we the best in the BB, Headset, and Crankset business?

Because you get the most elegantly and precisely engineered bicycle components currently available, and because of this you will:

38 Years Of Experience In The Bicycle Industry

Through reducing our products' heavy metal content we also aim to play our part in improving the environment.

That's why GREEN is our color.

How do we keep your customers satisfied?

Through Product Research, Development, and Innovation, continuously since 1984.
On top of this RD&I foundation are the 4 pillars forming the key foci of our business.

are the first three.

But these don’t mean much individually or even collectively without the final, most important, pillar— 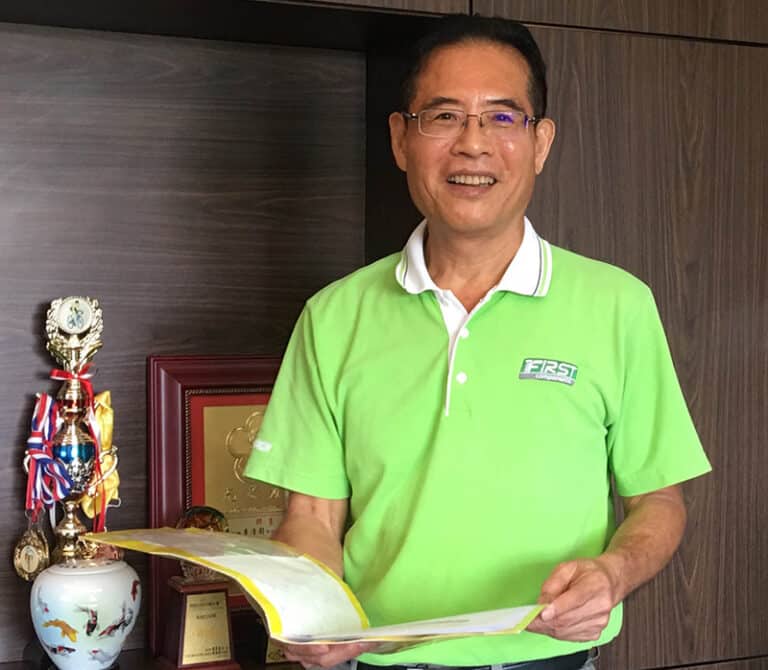 Johnson Li is the heart and soul of First Components and is the company’s long-time General Manager.

A technician by inclination and training, he went to work for Willing Bikes in 1984 aged 23.

Graduating from working at Willing Bikes, in partnership with several others, Johnson began to supply Bottom Brackets and Headsets to his erstwhile employer.

“I quickly realized that the sun will never set on the bicycle industry”, he remarks, “and resolved to have my own business.”

In only their second year, though, it all went pear-shaped when a customer took delivery of an order to the value of one year’s revenue . . . and did not pay!

“We managed to survive—but it was a bitter lesson to learn.”

After several factory moves, in 1993 the company set up at the current permanent location.

But the early 90s also saw more players enter the market—competition increased markedly . . . the economy was not good.

Many companies were moving to China seeking cheaper labor costs and more opportunities.

In the summer of 2016, eMTBs in Europe gained widespread acceptance, accelerating the e-bike trend that had been gathering pace in previous years.

In Johnson’s view the “controller is the answer to e-bikes.”

Right now, customers buy the whole kit, Battery, Motor and Controller together, because it’s easier to do.

“But soon the demands for purchasing each item separately, and for custom designs, will come. To that end our early foray into e-bike components focuses on controller production.”

Unique B2B insights from inside the Taiwan Bike Industry.